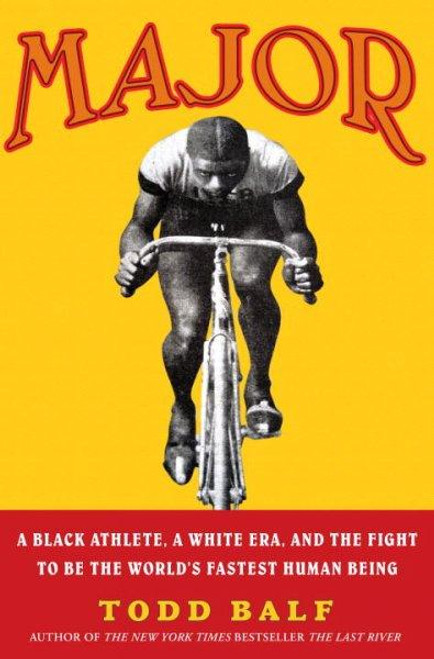 The story of a man who transcended the handicaps of race to become America's first African American mega sports celebrity At the turn of the 20th century, hundreds of lightning-fast racers won the hearts and minds of a bicycling-crazed public. Scientists studied them, newspapers glorified them, and millions of dollars in purse money were awarded to them. Major Taylor aimed to be the fastest of them all. Taylor's most formidable and ruthless opponent-a man nicknamed the "Human Engine" was Floyd McFarland. One man was white, one black; one from a storied Virginia family, the other descended from Kentucky slaves; one celebrated as a hero, one trying to secure his spot in a sport he dominated. The only thing they had in common was the desire to be named the fastest man alive. Finally, in 1904, both men headed to Australia for a much--anticipated title match to decide who would claim the coveted title. Major is the story of a superstar nobody saw coming, the account of a fierce rivalry that would become an archetypal tale of white versus black in the 20th century, and, most of all, the tale of our nation's first black sports celebrity.

EVERY DAY I FIGHT

Being Black: Zen and the Art of Living with Fearlessness and Grace ( Compass )

THE HEALTHY FORMER ATHLETE: NUTRITION AND FITNESS ADVICE FOR THE TRANSITION FROM ELITE ATHLETE TO NORMAL HUMAN

SHOOK ONE: ANXIETY PLAYING TRICKS ON ME

THE DJINN FALLS IN LOVE AND OTHER STORIES

BE A BETTER RUNNER

GET OFF YOUR ASS AND RUN!

THE 12-MINUTE ATHLETE: GET FITTER, FASTER, AND STRONGER USING HIIT AND YOUR BODYWEIGHT